Few weeks ago we covered macro photography and watching closely photos of small things is always amusing. This year Nikon again put up a contest and announced winners of Microphotography, where we will see things that we never have seen before. The vibrant colors and the close up of these lively things is really fascinating.

These photos might look like something out of the world but after reading their details you will be amazed as I am. NATGEO placed a page for the this photography as well do check it out. Microphotography have many techniques and we tried to write them down along with the image details.

Nikon Small World winners list and their images are below check them out.

Embryos of the species Molossus rufus, the black mastiff bat. These images formed part of an embryonic staging system for this species. The technique to take images is called Brightfield. 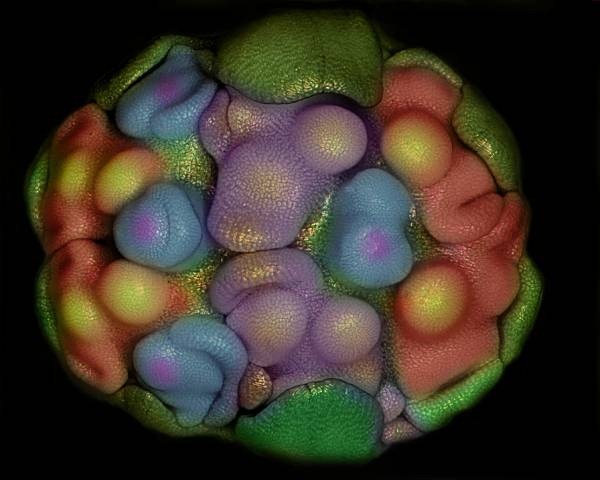 This is a Floral primordia of Allium Sativum (Garlic). Now one can know why vampires are scared of Garlic. The technique for this image is called “Epi-Illumination”. 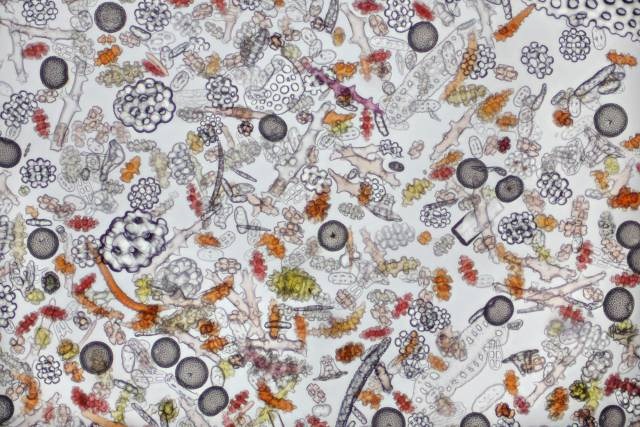 Coral sand is 100 times magnified and the imaging technique is called “Brightfield”. 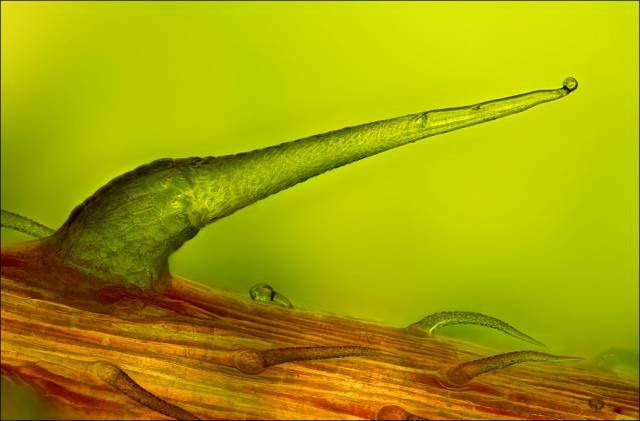 Stinging nettle trichome on leaf vein is magnified 100times and the technique for image is called Transmitted Light. 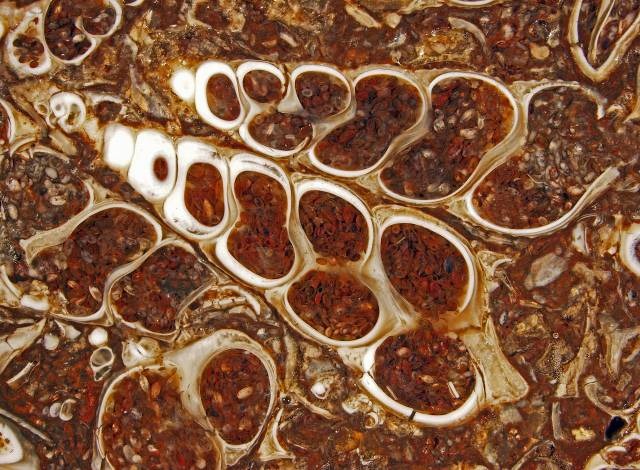 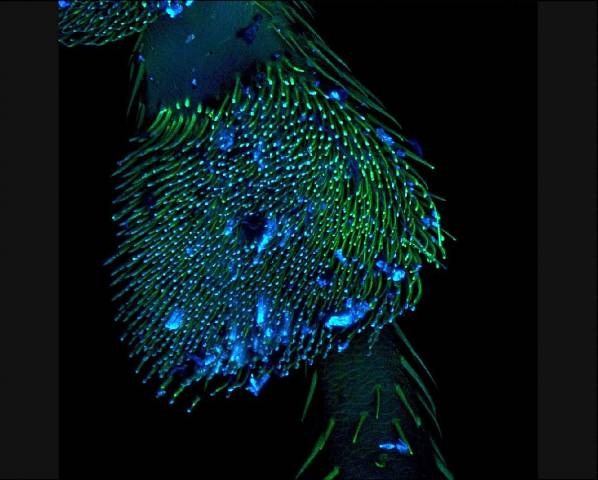 Section of a Coccinella (ladybug) leg magnified for 10 times. The technique is called “Confocal” 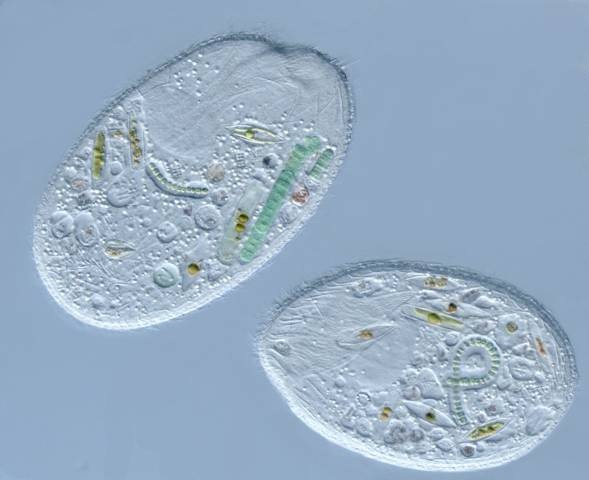 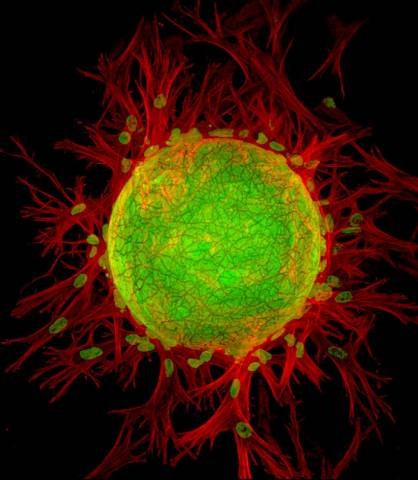 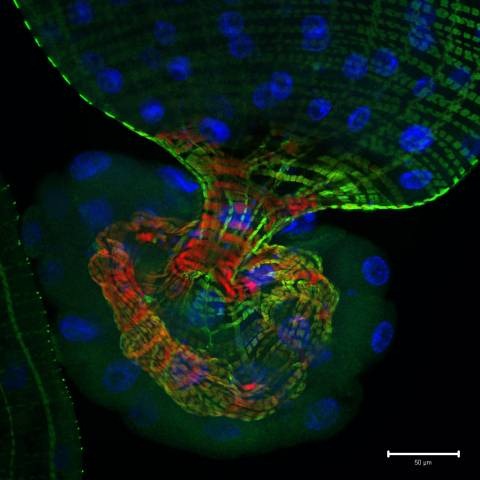 Single optical section through the tip of the gut of a Drosophila melanogaster larva expressing a reporter for Notch signaling pathway activity (green), and stained with cytoskeletal (red) and nuclear (blue) markers. Magnified for twenty five times and technique to take image is called “Confocal”. 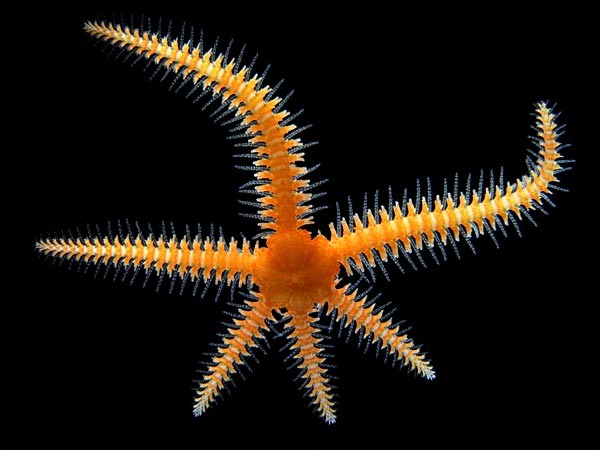 A prickly looking brittle star was magnified eight times—and claimed tenth place—in this shot by Alvaro Migotto of Brazil’s University of São Paulo. The marine animal was photographed using a dark-field method, an illumination technique that creates a stark contrast between the specimen and the surrounding area. Technique for imaging is called Stereomicroscopy, Darkfield. 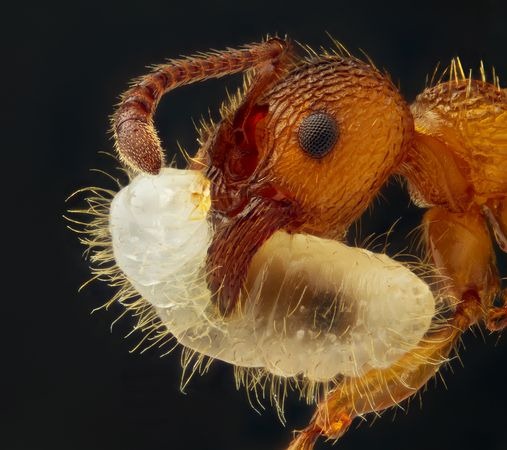 Caught in the act of carrying its larva, an ant  in the genus Myrmica—found throughout the Northern Hemisphere—is enlarged five times in this ninth-place. The technique for imaging is called Reflected Light, Image Stacking. Ants take their larvae in and out of the nest each day in order to regulate their temperature.

by Gerd A. Guenther 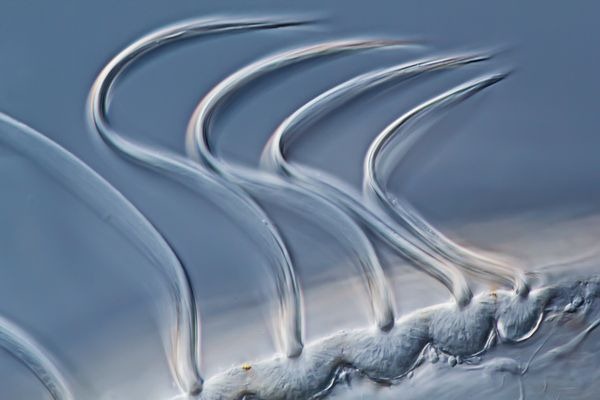 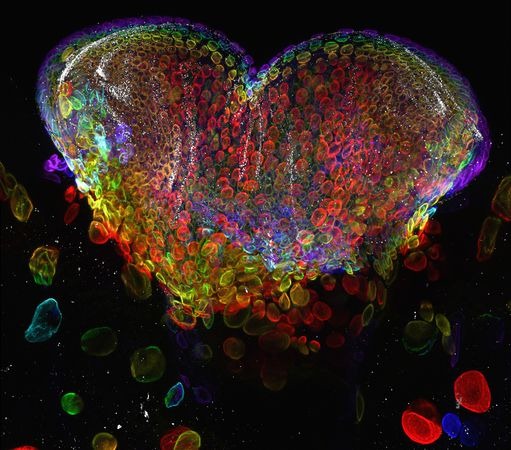 Magnified 60 times, the eye organ of a larval fruit fly (Drosophila melanogaster) is awash in surreal color. This image-which netted seventh place was made with a confocal lens. That makes different levels of the organ simultaneously visible. The technique of imaging is called Confocal. 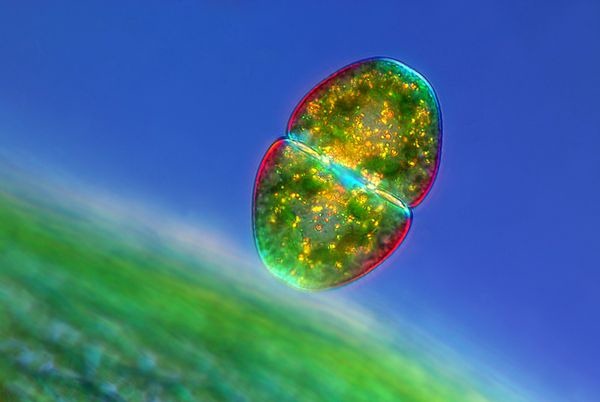 This is a algal Cosmarium which was magnified one hundred times. The image won 6th place. The technique of imaging is called Polarized Light. 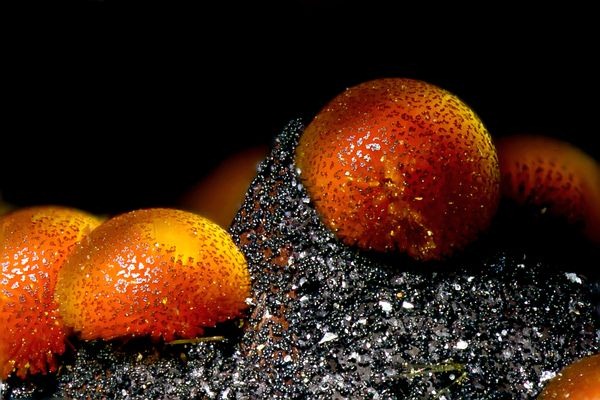 Cacoxenite is a phosphate mineral that can range in color from yellow to brown to red. The University of Valencia’s Honorio Cócera-La Parra magnified this sample—collected from the La Paloma Mine in Valencia, Spain—18 times to capture the fifth-place prize. This image technique is “Transmitted Light”. 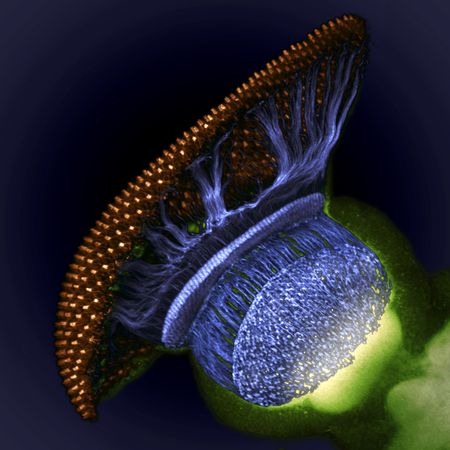 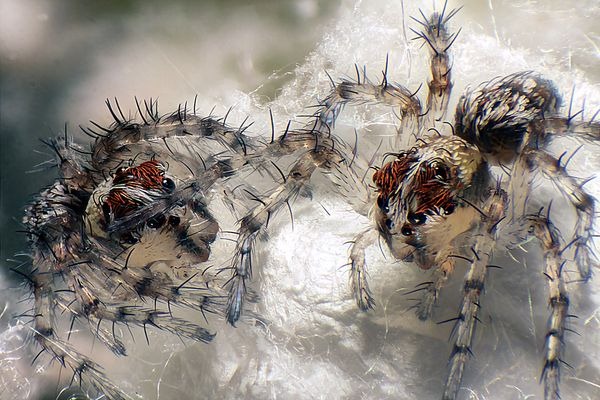 Photo of newborn Lynx spiderlings was captured by Walter Piorkowski and it was magnified 6 times. This photo earned 2nd place in the Nikon Small World contest. The image technique is “Reflected Light, Fiber Optics, Image Stacking” 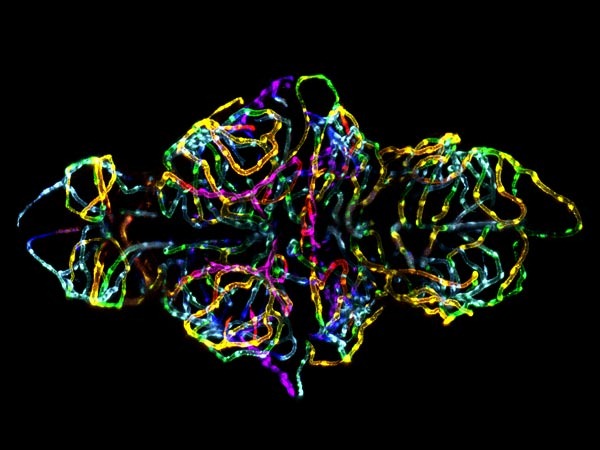 This winning photo might look like sparkling lights but it’s a brain of Zebrafish embryo. This photo was taken by Dr. Jennifer L. Peters and Dr. Michael R. Taylor of St. Jude Children’s Research Hospital Memphis, Tennessee, USA. This shot was magnified 20 times. These images where first pseudo colored with a rainbow palette based on depth so that the color scheme would be informative and visually appealing. This first prize winner photo is considered to be the first ever photo to show the formation of the blood brain barrier in a live animal. This image taking technique is called “Confocal” 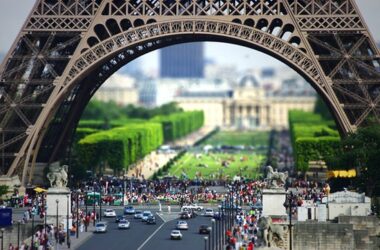 Tilt-shift photography a unique way of photography which utilizes two types of movements. One is rotation of the… 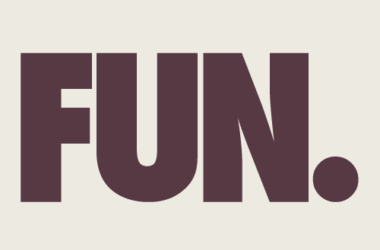 Tired of your routine and boring life? lets have some fun watching Odd And Funny Accidents Photos.  … 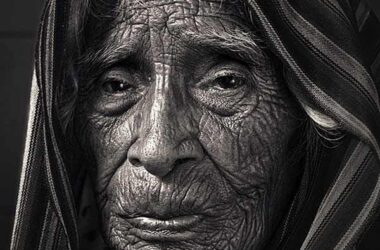 Poverty is a problem that can be removed by simple acts by simple people. This problem is defined…